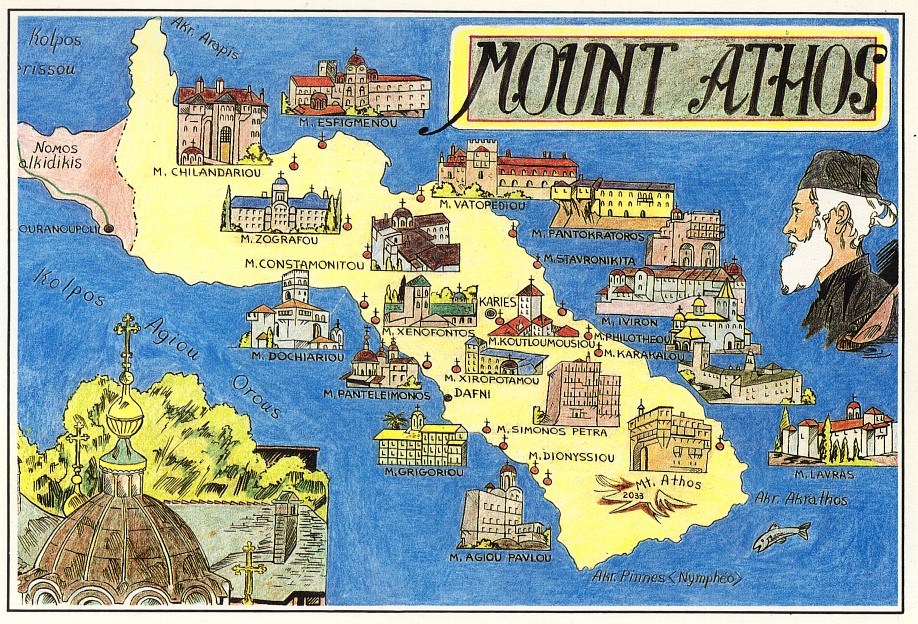 Mount Athos history The peninsula of Athos, which was oficially named Mount Athos in 1045 , had, according to written testimonies,already by the year 843 lots of hermits in the area.That is why 963 is considered to be the beginning of organized life, when the first monastery of Megistis Lavras was built by Osio Athanasios. In 972 the fist Tipiko ( written law) was signed by Ioannis Tsimiski and monks living in the area at that time . This Tipiko was named Tragos (goat) because it written on the skin of a goat and it's the tipiko which laid out the rules involving living tigether. In 1043 the second tipiko was signed by Konstantinos Monomahos. This one was named Avaton and it is the tipiko which forbids any woman setting foot in the GARDEN OF THE HOLY VIRGIN (a title given to the area as The Virgin is considered Protectress). Since then the growth of monastic life on Athos was swift and this area has become a sanctuary for different nationalities. It is the only area where diferent races coexist and live togetherwith love and respect. Even though the region of Mount Athos belongs to and is protected by the Greek State, it is an independant and selfgoverned part of the country.The capital is Karies which is located roughly in the centre of the peninsula. In Karies there are 19 konakia -kelia (cells) which accomodate the abbots of each monastery, only the one of Koutloumousiou does not have a konaki because the actual monastery is located very near the Capital. Standing proudly in the centre of this small village,is the central church called Protato, while in the north,stands the building of Sinaxis. The Governer is elected by the abbots and is named "Protos" (the first), with whom they meet in the Sinaxis and discuss all matters concerning life in the Holy Community. Central habour of Mount Athos is Dafne (Laurel) from where one must pass in order to enter. It is roughly 5 kilometres from the Karies. Today on Mount Athos there are 20 monasteries from which the 17 are Greek, one Russian, one Bulgarian and one Serbian. Apart from the commune way of life there is also the idiorythmic way of living. The difference between them is that in the commune way all monks participate in all the activities together (eating, sleeping ,praying etc.) while in the idiorythmic way of life each monk regulates his life according to his own taste. This way of life existed up to a few years before and was formed after raids and catastrophies forced them to hide and live on their own, but now all the abbeys have reverted to the commune way of life. All the abbeys follow the Julian calendar (that is to say 13 days behind) and calculate the beginning of day with the setting of the sun, apart from the abbey of Iviron where the day begins with sunrise. Also on Mount Athos there are two famous schools of painting.

The Macedonian Faculty of the 11th century and the Cretan of the 16th century. The history of Mount Athos appears in written testimonies and heirlooms, even though in the past many were destroyed by fires and pillages. Today, after coordinated efforts by both the State and monks, most of these have been recorded and restorated and are now well kept and preserved under scientifically checked conditions in the monasteries. Political Situation Mount Athos is a self- governed division of the Greek state. Politically it comes under the Ministry of Foreign Affairs but religiously it comes under the Ecumenical Patriarch of Constantinople.It has been divided into twenty self- governed territories. Each territory consists of a leading monastery and some other monastic settlements around it (hermitages, cells, huts, seats). All the monasteries are communes, which means that the monks have a common liturgy, prayer, housing, board and work. The Abbot of the monastery, who is elected by the monks for life, is in charge of the monastery. The Abbots of the monasteries are members of the Holy Assembly and exercise legislative authority. Furthermore, every year the monastery elects its representative in the Holy Community, which exercises administrative authority, while the Holy Supervision exercises executive authority and is consisted of 4 members, elected by the first 5 leading monasteries. The Spirit of Mount Athos GeographyMount Athos is situated in the eastern and most enchanting third peninsula of Halkidiki, which is called the peninsula of Athos. It is the only place in Greece, which is totally devoted to praying and worshiping God and thus, it is called the Holy Mount. The Holy Mount or the Mount Athos has about 50 Km length, 8 to 12 Km width and it covers a surface of about 350 square kilometers. The borders of the monasterial city are set on the ground by an imaginary line that begins from the location "Fragokastro" on the West coast and reaches the cape "Arapis" on the opposite side. The natural beauty of the peninsula is wonderful. The Mount Athos that dominates there is an enormous cone of 2.033 meters height. It’s bare top that seems to be piercing the sky and its slopes, which are full of old evergreens, give the area a unique natural beauty. Each monastery survives priceless treasures and sacred relics ranging from icons, manuscripts, frescoes, mosaics, silk and woven fabrics, created for the glory of God. Mountain scenery and still waters create the essential framework for isolation in the different world chosen by the hermits for their monastic state. The monasteries of Mt. Athos are open to male visitors, who may stay for the period allowed by the governing authority - usually no more than four days. Only those of Orthodox faith may settle here permanently to work, although the Ecumenical Patriarchate or the Greek Foreign Ministry may grant permission to individuals wishing to stay for longer than four days in order to do research using the rare manuscripts in the libraries, to study the churches or the archives which hold the records of the ten centuries of the monastic community of Mt. Athos. 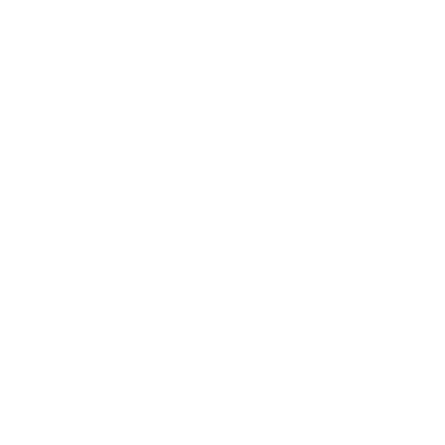